1) An image showing the growth of a protein crystal from precipitate.
2) An example image from Oxford OPPF showing some nice crystals that should be classified automatically 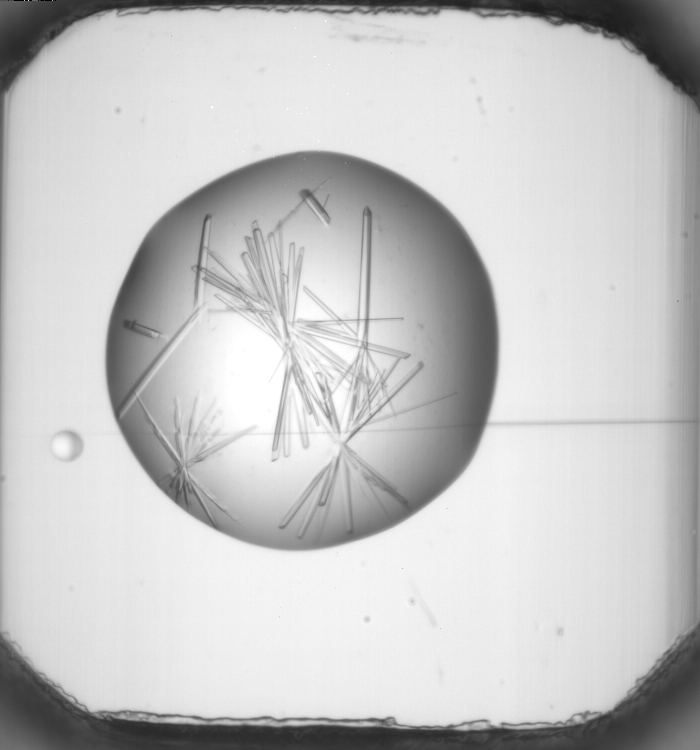 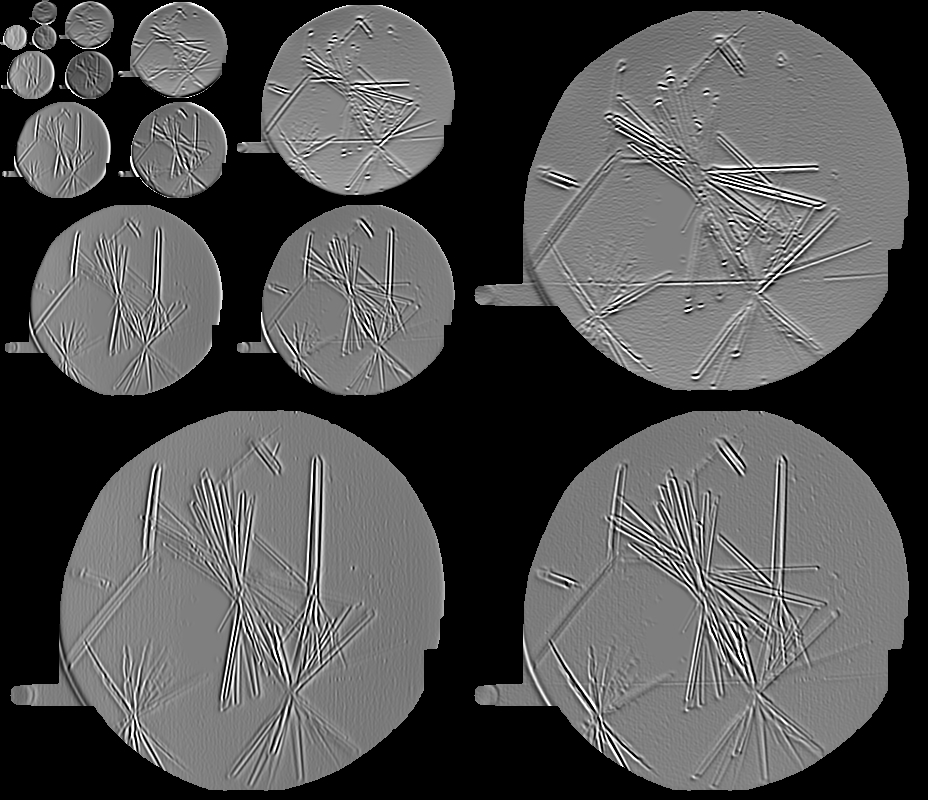 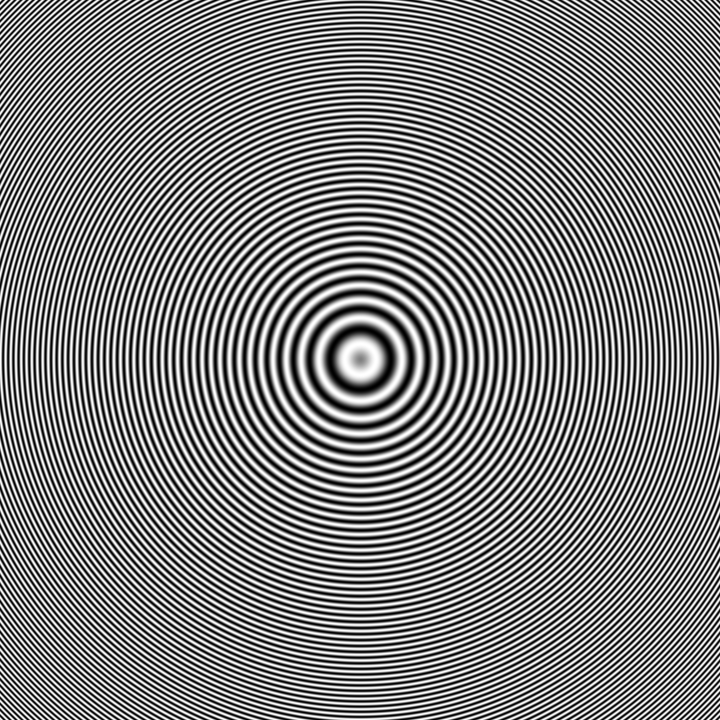 The following images are obtained by the method of Freeman and Adelson (‘Design and use of steerable filters’ IEEE PAMI vol 13 no 9 (1991)). Based on the convolution of the image using quadrature filter kernels.The image below is created by creating a pseudo colour image based on the colour hue coming from the orientation and the lightness and saturation orientation magnitude, the hsv image is then transformed into the RGB image.
pseudo colour orientation image (1). Histogram of orientations given in one of the sub images above (Orientation in degrees) (2). The steerable filter produces the strongest response when aligned at the edge of the needle like crystals. The peaks in the histogram show that this happens often for this image at different orientations and suggests the presence of needle like crystals in the image. A peak detection measure for this histogram would therefore give an indication of long range edge alignment and the extent of crystallinity in the image. A suitable measure for this is Shannon entropy. 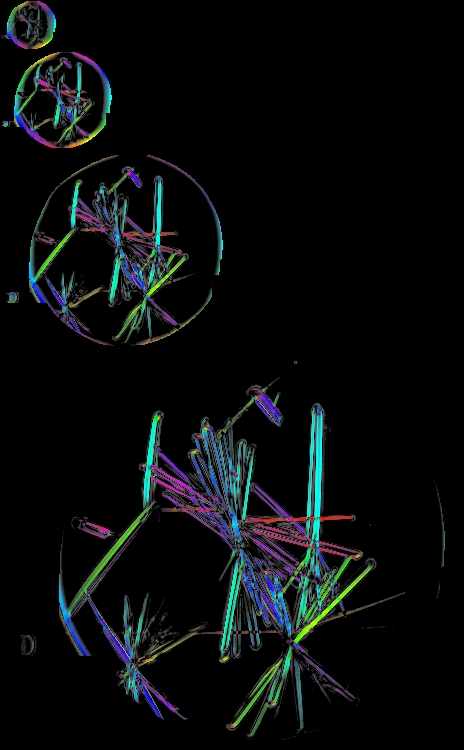 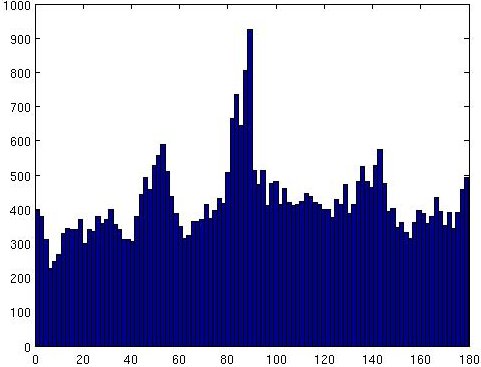 The images below have been created from steerable filters that have been optimally steered based on the orientation maximum local response of orientation image (shown above). (1) shows even filter image and (2) the odd filter image. The calculations have been performed on a pixel by pixel basis and it may be possible to improve the results (make more noise tolerant) by averaging the orientation over a local neighbourhood. The optimally steered images reduce the data present in the image. One could envisage that the image along with the local steerable filter angles could be used to perform an inverse transform and reduce the amount of data in image compression applications in much the same way that a FFT image can be inverted using the magnitude and phase information of the decomposed image. 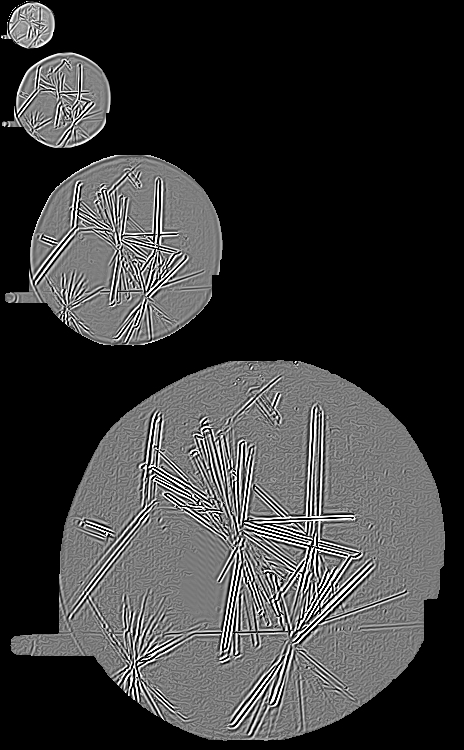 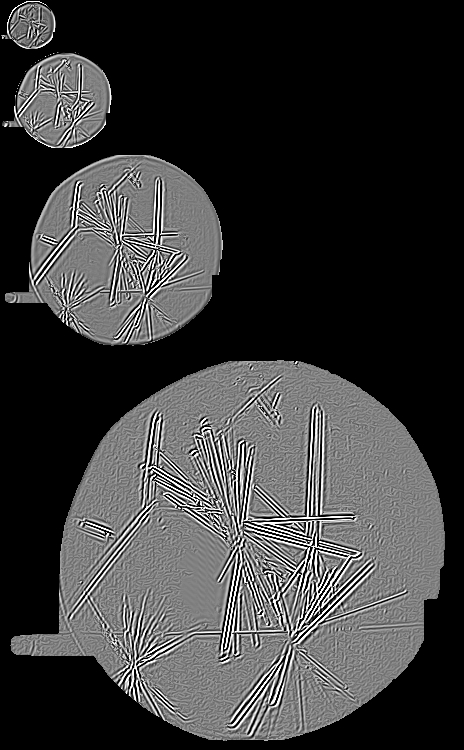 Getting pretty good results from marginal (first order) statistics on the full steerable pyramid decomposition images (using lvq’s as a classier). The technique used to classify the crystals is described in detail in the paper below. The results are slightly better than achieved with wavelet decomposition I hope to improve the results further using an optimally steered pyramid image and from quadrature steerable images.

percentages that real classes are classed by the computer as:


Steerable Pyramid References that I have found useful: